I have three kids. I say ‘no’ a lot. A whole lot. Probably too much. So, I decided I wanted to try to say it less. But, when I found myself challenged with the task of avoiding saying ‘no’ for one whole week, I wondered how in the hell I’m going to pull such a challenge off without ending up duct-taped to the office chair wearing a princess dress and watching three little monkeys throw M&Ms at each other across the living room.

The first challenger: my wife. Day 1 of my no ‘no’ challenge started in a text, like this:

The ER Mom: “Can we build a pool this summer?”

Me: “I would love to do that! Let’s look at our funds and see how possible that is.”

Boom! Right off the bat I found a way to avoid no but not say yes, either. And, it was true. I would love to have a pool! What I would not love is the debt that often comes with putting in a pool. I got to say what I really wanted without just saying ‘no’. I’m feeling pretty good about myself right about now.

She wasn’t to be outdone.

The ER Mom: “Can we swim with dolphins in Mexico?”

I could see this was going to be a long week. But, so far, so good. At least the tough week might end with a fun swim with a dolphin or two…

Having three kids, with seven years separation between first and last, I’ve noticed how impotent the word no really is. It seems that children become quickly desensitized to this word and that it just doesn’t carry as much weight as we, the parents, may wish. This is especially true in the toddler stages. I have a two year old daughter who has a very literal definition of what no means when she utters the phrase.

But, when she hears it, it seems to mean something else. To her, the word “no” may mean “go ahead and climb onto the top of the couch then super-man off onto the floor, just make sure you do it with a sly smile on your face” or “I think it’s awesome when you throw spaghetti across the room onto the white walls, keep going!” But, while the toddler may misinterpret what I mean when I say to her literally the very first word she ever learned to say, my older daughter – who will soon be eleven – has an entirely different viewpoint of what response “no” should elicit. Namely, a debate.

It’s the phrase most commonly employed by my oldest. She asks this – I am convinced – because she knows that often I don’t even have a good reason for saying “no” other than her request simply doesn’t suit me, my mood, the current situation, or what have you. Her approach (and it’s a good one) is to hopefully catch me unwilling to say “because I said so” at least one out of twenty times and have me reconsider in a moment of guilt mixed with exasperation mixed with pity and thus allow her to continue down her intended path. In truth, it’s probably more like one out of every twenty-five times I give in, but still that’s a pretty good strategy for someone who is just learning to master multiplication and division. 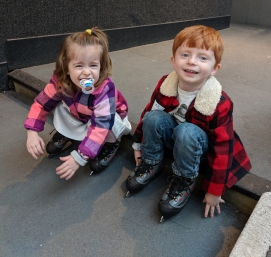 “How many times in my life have I missed out on something I would have loved to do, or an opportunity to affect someone’s life in a positive way because my track record or body language screamed ‘no’?”

But beyond the constant battles that we face when saying no to our kids, what does it say about us if we are in a constant mode of refusal in our daily lives? We have all seen the self-help gurus who tell us that one of the crucial steps to finding inner peace is learning to say “no”. I think that’s useful when we are in a situation where we are constantly and literally  being taken advantage of. Agreeing to complete someone else’s project, lying to your boss at the request of a colleague, or loaning money to a family member or friend whom you know will never pay you back all probably deserve a firm response toward the negative. But how many times in our daily lives are we really put in a position where saying “yes” will cause us anything worse than a minor inconvenience? And what’s more, how many times are we not even given a chance to say “yes” because the person(s) in our relationships have learned to expect a “no” and thus avoid the question altogether?

I remember a job I had years ago working in an emergency department. The staff loved to go out for breakfast and beers after the last night shift of the stretch. I found myself one day really hoping to be invited (it was a long, painful stretch of nights), but nobody approached me with an invitation. I asked a nurse friend of mine once why. Her response? “We didn’t figure you wanted to go because when we used to ask you’d always say ‘no.’” How many times in my life have I missed out on something I would have loved to do, or an opportunity to affect someone’s life in a positive way because my track record or body language screamed “no”?

I decided to spend a week letting “no” be a word lost from my vocabulary. I was going to make a concentrated effort in every part of my life to avoid saying “no” to anyone for any reason. It seemed impossible, until I tried.

“Knowing that I was open to any opportunity, request or situation made me actually interested in what was to come that day.”

The first thing I found was that I was excited to give it a shot. Knowing that I was open to any opportunity, request or situation made me actually interested in what was to come that day. I was excited to see what there was for me to experience when I was willing to at least consider experiencing everything. I actually woke up happier to start my day than I had in awhile.

What I didn’t experience was an overwhelming list of unreasonable asks on the part of those I came into contact with. Now, this was only a week long experiment, and it’s not as though I walked around with a sign reading, “yes man” on my chest, but I didn’t find myself actually all that burdened with the overwhelming amount of requests for my time, talents or money that I’d previously managed to convince myself existed before I’d taken on this task. Is it possible that I had overestimated how many times I’m asked for a favor or a task? Do we like to think of ourselves as taken advantage of more often than we really are? I don’t know if I can generalize a week into my life, but I know that saying “yes” didn’t really affect my life in such a way that I was sorry to have taken on this challenge.

In fact, I kind of liked it.

There are two things I got out of this challenge that made me so glad I had done it. One was learning how to say no without saying it, and we’ll get to that in bit. The other was that I was having fun with my kids again. I played more games, watched more shows, pretended to be more characters and gave more piggy-back rides than I had in a while, and I really enjoyed it. I won’t lie and say that each time I was asked to play I didn’t first start to vocalize the words, “not right now” but once I’d gotten past the initial “yes” response, I found myself really having fun. I considered myself a fun dad before this, but after a week of just saying yes, I looked before like the dad from Harry Chapin’s “Cat’s in the Cradle”:

“When will you give me a piggy back ride, dad?”

“I don’t know when. But we’ll get together then.

You know we’ll have a good time then!”

Now, don’t get me wrong, there are plenty of times that we can’t allow what’s happening to continue, or just can’t respond in the affirmative for whatever reason. See the above analogy of the family member bumming cash or my son doing free-dives off the back of the couch. But what I learned in my week of no “no” was that we can say “no” without every really saying it.

And people respond so very differently.

Instead of “no” when my daughter wanted to stay up past ten o’clock, my response was something like this: “it’s already past your normal bed time and you have to be up tomorrow at seven and have a pretty big day. Do you think it’s a good idea to stay up so late?” That seems like a heck of a bluff, and it is, but kids are smarter than we realize, and when given the opportunity and a little coaxing, can make the right decision for themselves. Besides, I had already decided that if she called my bluff and said that she thought it was an excellent idea, I would responded, “alright, I’ll make a deal with you and you can stay up 20 minutes longer than I think you should, but then it’s definitely time for bed.” I didn’t say no, but haven’t given in, and in reality 20 minutes isn’t going to make or break her day.

Even my two year old can be redirected without a “no”. Example: “I wish you wouldn’t throw your toys over the upstairs balcony.” sounds so much more calm and reasonable than, “NO!”

The response you get when learning how to say “no” in a different way can be even more dramatic when you practice with other adults. In my profession, I am often asked to do for or supply my patients with various things that they really shouldn’t have done or given to them. It can be easy to simply fall into a trap of perpetual “no’s”, which usually winds up in either a heated discussion or you answering for a complaint the next time you see your medical director. But there are ways to avoid having to do things without being a Nancy Reagan and just saying “no”.

“You know, Mrs, Smith, I realize that you came here expecting an MRI of your brain today, but I don’t think that’s what you need, and let me explain to you why.”

“Mr. Jones, I think that if I refilled your narcotic medication for the third time this month we both may be worsening what I’m afraid is a serious addiction problem for you. That’s not something I’m willing to do to you.”

“Bill, I’d love to help you on that project, but the truth is that I’m really swamped right now and I just know that I can’t give you the kind of effort and results you need. I’m sorry.”

The “no” in all three of those examples is very obvious, but it isn’t stated, and that’s a big deal. There is something about the word itself that casts a shadow over any reason or intent one may have. We can keep our sanity, protect our privacy, and deflect our manipulators without going down the road of “no”.

And we may even find that, occasionally, we want to say “yes”. 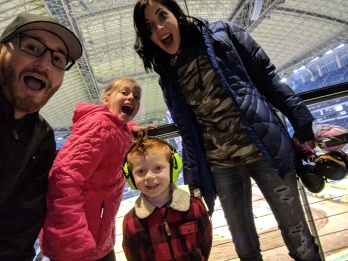 What do you think? Can you find places in your life where “no” holds you back? Comment below!

2 thoughts on “The Art of Eliminating “No””

Search for something awesome: